Yes, many clients seek help because mistakes were made and help is needed. I stand ready, willing, and able to help. That said, there are additional motivations behind WHY I do what I do.

My primary motivation is preserving our freedoms against “watered down justice.”

A bit of personal history.

I remember when I was in law school I used to think that the police and the government could do no wrong. They were there to protect us and always do what is fair and just. I believed that they follow the law, are moral and legal agents, and I along with my community must defer to their authority and position of power. Well, viewpoints change.

I got myself a law degree and it took me a while to realize the immense power it holds. I started to notice that while most members of law enforcement are good and honest people, not every governmental action is as wholesome and nurturing as I previously thought. Sometimes they’re careless. Sometimes they’re not well-trained. Sometimes they’re lazy. Sometimes they’re dishonest. I realized that a government that is already super powerful can destroy the lives of its citizens if that government fails (or refuses) to keep its power in check.

As I age, I increasingly realize the value of the freedoms and rights that have been granted to us by the U.S. Constitution. Constitutional safeguards are what protect us from the awesome powers of the government. I like the idea of not having the police, without any constraints, break down my door at 3:00 a.m. and put a bullet through my head. You know why they are not allowed to do that to us? Because of the safeguards of our Constitution. But those safeguards, the ones that are in place for us, are being eroded. They must be protected.

When government personnel (e.g., law enforcement officers, investigators, prosecutors, laboratories, etc.) fail or refuse to follow their OWN protocols — protocols that have been put in place to protect you and me and our communities — they are doing it at the cost of our collective rights. If they are not challenged, they will have no incentive to follow the legal requirements that are imposed on them. The same legal requirements that are put in place to protect you and me. When they don’t feel the need to follow their own legal requirements, you and I end up with “watered down justice.” You and I and other members of our community will suffer the consequences when conduct of the government violates our Constitutional rights. That is not acceptable.

How my motivations help YOU.

In a criminal setting, you and I are going up against the government. It is the government that pulls us over, investigates us, charges us with crimes, prosecutes us, and incarcerates us. The government is the entity that possesses the power to literally take our freedoms. Just as you and I are deemed to know and expected to follow the law, they too are supposed to know the law and to follow it. More often than you can imagine, that does not happen. And that’s where defenses take hold.

There are as many potential defenses as there are facts and clients. My job is to investigate and determine the best defenses to DWI in your case and present those defenses convincingly to the prosecutor, judge, or jury. Read about many of <a "="">the best defenses to a Missouri DWI charge — which range from facts about your genetic make-up to errors in procedure by officials.

It is my personal agenda to make sure the government properly follows its protocols. Again, if they don’t, that means that a member of our community might get convicted based on lazy (or nefarious) conduct. That is “watered down justice.” If the government wants to convict one of us, the least we can do is to determine whether they did their jobs well enough. When they fail or refuse, I am there to point out the shortcomings and capitalize on their failures.

Obviously, I don’t condone driving under the influence. I don’t by any measure. That said, I believe there is much harm in allowing the government to have unchecked power over its citizens, such as you, me, and our loved ones.

That is how my clients benefit from my personal approach. 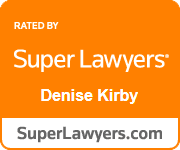